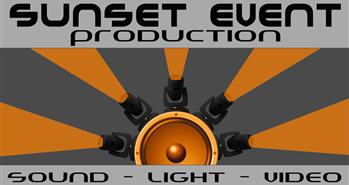 Our DJs have the skills and training to cater to any crowd, however, we will always suggest the best DJ to match your special event. Our goal is to get every single person on the dance floor! We start out by gathering informations about the event to meet the customer's expectations. We come prepared,  we  read the crowd and adjust along the way to ensures everyone is enjoying themselves on the dance floor.

​​Tegan was born in France and moved to Miami at the age of 12. Shortly after that he was intrigued by house music.

He has been deejaying for 11 years and producing for the last 8 years.Tegan deejays in club as well for corporate and private events

He was introduced to music production at Sleaze Records studios (Cedric Gervais's label) where he witnessed music being created. He then started music production on his own after acquiring Logic Pro. In a short period of time his love for music flourished.Tegan has dj'ed a multitude of events over the years including Club, Private and corporate and really understands how to read a crowd, however he has focused more on producing his own music .Having gotten support from multiple Music blogs and Dj's on several of his productions and has quickly grown a following. . Tegan has taken many classes in deejaying and producing at DJ Scratch Academy [DJ 101,Prod 101( reason)] and Pointblank Studio (Electro house, Remixing course and Mixing Dance music on Logic).Tegan graduated from SAE Institute for Audio engineering under the Sonum Perfectum Scholarship. With his experience he has reached a level of professionalism and understanding for music. His love and dedication will keep him pushing the limits and reaching for the top...Events:Life Celebration FestivalSpirit Of Sound (festival)Club Space Parkwest90 DegreesNocturnalMetropolis (allure,discoteka)News Lounge(South Beach)CasanovaLouis LoungeRokbar Corporate:MTV unplugged (Juanes)Avis/budgetOriginal MoonshineSwarovski CrystalsTag Heur / Testla roadster world tourBureau VeritasW Hotel Penthouse [Overseas Travel]Romero Britto Art Gallery. More on Tegan, Go djtegan.com

Laurent native-born French was inspired by music at a very young age and played his first “Gigs” in the beginning of the 80’s. In the late 80’s he worked as a DJ in many clubs in the south of France. His career began to evolve in the early 90’s creating his own company Sunset Event Productions managing sound and lighting production to corporate and private customers i.e. (Moet Hennessy, Campari international, Air France, Carlton Hotel, Majestic Hotel, Volkswagen and many more…). As a DJ, Laurent is known for his ability to read the crowd and adapt his musical set to keep the dance floor filled up all night long. As a lighting and sound consultant, his long experience helps him understand a client needs to insure a successful experience. His career continued flourishing as he moved to Miami in 2002.

Cisco is a DJ and MC with many years of experience in the nightlife and event industry. He has worked as a DJ and MC in almost all the Bourbon Street Clubs in New Orleans as well as worked for a VIP chain that covered most of the East Coast and in the majority of the Denver, Colorado mainstream and hip-hop clubs. With his many years of experience, Cisco's strong points are in mainstream throughout the ages & genres (club, old school hip-hop, dance, EDM, lounge, classic rock, alternative rock and more) as well as being an interactive MC for party enhancement.

​Gerson was born in Barranquilla , Colombia  of South America, he started deejaying at the age of 15 and never look back over the years, he collected an intense library of music which most of it is dance and pop music from the 70's dance hits till hits of today, he worked at various radio stations like power 96.5 in the  90's and also work for SBS broadcasting  network the own radio stations like Zol 95.7 fm and 92.3 fm He's been doing private party's for over 20 years which it also include the Miami dolphins, worked in night clubs in Tampa, Orlando and Memphis Tennessee. He has a very good idea on how to read a crowd no matter how big it is. He is very professional and always keep the party people dancing and wanting more.